How the Supreme Court Has Read the American Constitution 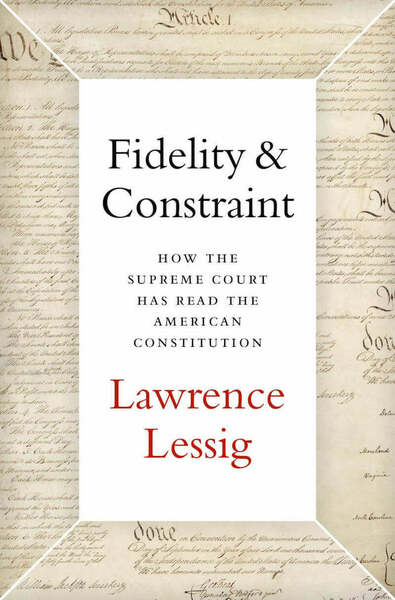 In Fidelity & Constraint, legal scholar Lawrence Lessig explains that one of the most basic approaches to interpreting the constitution is the process of translation. Indeed, some of the most significant shifts in constitutional doctrine are products of the evolution of the translation process over time. In every new era, judges understand their translations as instances of "interpretive fidelity," framed within each new temporal context.

Yet, as Lessig also argues, there is a repeatedly occurring countermove that upends the process of translation. Throughout American history, there has been a second fidelity in addition to interpretive fidelity: what Lessig calls "fidelity to role." In each of the cycles of translation that he describes, the role of the judge -- the ultimate translator -- has evolved too. Old ways of interpreting the text now become illegitimate because they do not match up with the judge's perceived role. And when that conflict occurs, the practice of judges within our tradition has been to follow the guidance of a fidelity to role. Ultimately, Lessig not only shows us how important the concept of translation is to constitutional interpretation, but also exposes the institutional limits on this practice.

The first work of both constitutional and foundational theory by one of America's leading legal minds,Fidelity & Constraint maps strategies that both help judges understand the fundamental conflict at the heart of interpretation whenever it arises and work around the limits it inevitably creates.

“A magnificent achievement, and one of the best books ever written about American constitutional law. Lessig offers a brilliant, sympathetic account of the full sweep of constitutional history, from the founding era to the modern era. Transcending political debates, he argues that the Supreme Court has been faithful to the Constitution’s original meaning— while also vindicating new understandings of both liberty and equality. A book for the ages.” —Cass R. Sunstein, Robert Walmsley University Professor, Harvard Law School, and author of How Change Happens

“Fidelity and Constraint is the most ambitiously theorized study of American constitutional law in decades. Lessig imaginatively deploys the ideas of “translation” and “fidelity to judicial role” to re-tell constitutional history and thereby cast fresh illumination on current doctrine as well as old debates. The book is a marvel of learning, insight, and edifying provocation.” —Richard Fallon, Story Professor of Law, Harvard Law School

“In Fidelity and Constraint, Lawrence Lessig shows us how Supreme Court Justices have sought to translate the past into the present while remaining faithful to their role as judges. Packed with insights about the Supreme Court's history and novel readings of famous cases, this book is as brilliant as it is engaging.” —Jack Balkin, Yale Law School

“In this extraordinary book, Larry Lessig develops his groundbreaking theory of constitutional law, based on the idea of translation, and demonstrates the power of his theory with dazzling insights about history and law. Agree or disagree, if you care about constitutional law, you must come to grips with this book.” —David A. Strauss, Gerald Ratner Distinguished Service Professor of Law, The University of Chicago, and author of The Living Constitution

“Larry Lessig is a legendarily effective communicator who has developed an audacious and provocative way of both understanding and justifying most of the decisions of the Supreme Court. He presents them as mixtures of good-faith attempts to remain faithful to the original project of the Constitution while being attentive to maintaining the Court itself as a flourishing part of government. There are illuminating insights on every page. Even those disinclined to accept his argument in full will find themselves challenged to explain their reservations.” —Sanford Levinson, author of Framed: America’s 51 Constitutions and the Crisis of Governance

“Yet another liberal originalist has come out of the closet and I say: Welcome to the club! But Larry Lessig is a liberal originalist with a twist. Make that many twists. In this provocative and panoramic book he serves up a veritable smorgasbord of original ideas about originalism. This is definitely not your father’s originalism—not Originalism 1.0 or even 2.0 or 3.0. More like Originalism π2. Actually, it’s not fair to pigeonhole Lessig as a mere liberal. A cultural hero of today’s Left who once clerked for Justice Right (Antonin Scalia), Lessig is rightly renowned for his intellectual independence, range, and iconoclasm, all of which are on full display here, as is his extraordinary intellectual generosity: He paints strikingly sympathetic portraits of justices across the spectrum and across the centuries.” —Akhil Reed Amar, Sterling Professor of Law and Political Science, Yale University